We are a collaborative group of passionate strategists, designers, and technologists who love helping organizations build and use technology.

Our mission is to exploit the power of technology for good, by creating innovative, well-designed tools that improve lives and effect change.

We believe data-driven decision making and user-centered principles are the keys to high-quality software.

We believe in a product mindset, focused on iterative, continual improvement rather than big reveals, ensuring satisfaction at every step of the way.

We know all good products start with empathy – for the end users and for our clients. 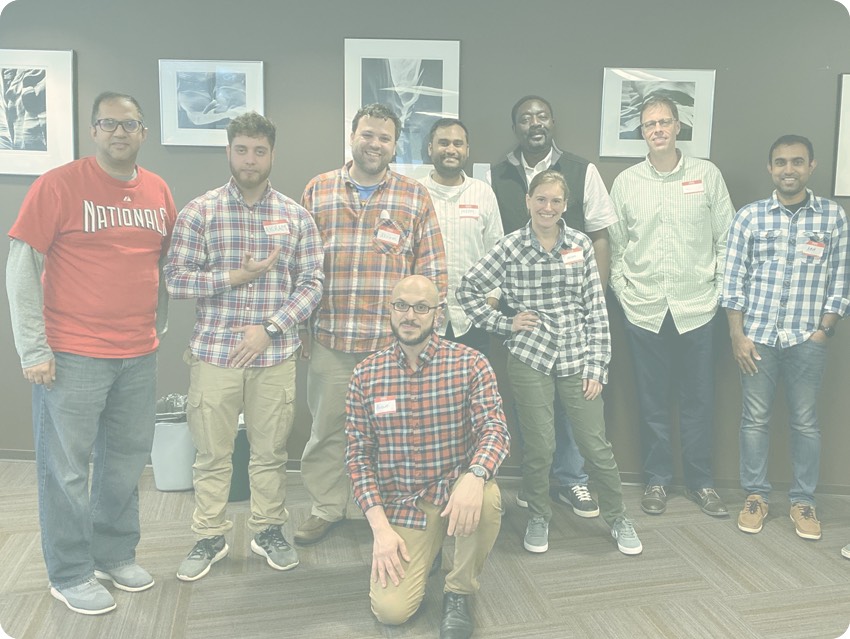 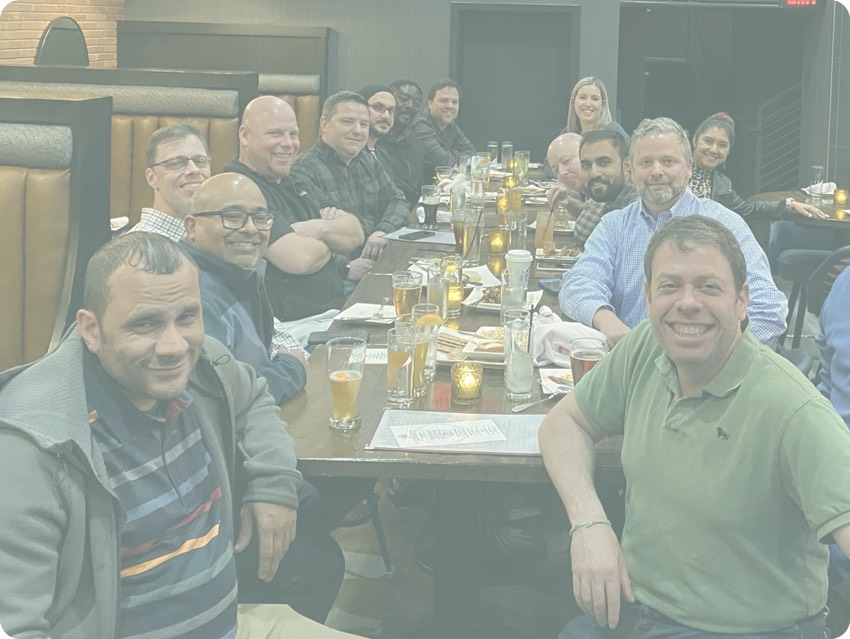 We let our clients see behind the scenes – into our tools, our research, and even retrospectives. We’ve learned that more transparency earns more trust.

We have over 25 years of thoughtful leadership and experience.

We employ an iterative approach to our products, processes, and ourselves to ensure that we are constantly moving in the right direction, one step at a time.

Success comes from a true partnership: from discovery to our sprint-based implementation process, we want your input so that we can grow something great together. 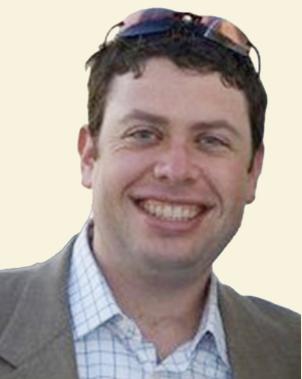 Mark is Pantheon’s lead strategist, working closely with several key clients and is responsible for all operational aspects of our business. Mark is a recognized expert in the application of technology to non-profit and business strategies and is a trusted resource for Pantheon’s clients. Mark’s technical background includes the design and development of database management systems, custom web applications, server farms, e-commerce transactions, and application service provider (ASP) products. In addition, he has developed and managed consulting methodologies and sales strategies for the products and services he has designed. Mark has taught classes and lectured on numerous topics including: innovative uses of the Internet for non-profits, content management systems, high-availability hosting, uses of the Internet in educational environments, web development, database management systems, management of outsourcing, electronic commerce, and Internet marketing in politics.

Mark previously was a principal in and Vice-President of Consulting for Net.Capitol, Inc., a leading developer of Internet-based products and services for public affairs and political organizations. Mark helped manage the successful growth and eventual sale of Net.Capitol to Netivation.com, where he worked as the Chief Operating Officer of Netivation’s Votenet political division.

Mark graduated from Washington and Lee University with a BA in Political Science. Mark lives with his wife and son in Bethesda, MD. 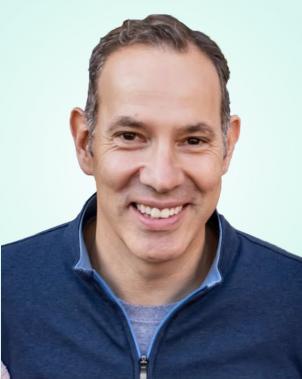 Oron serves as Chairman of Pantheon, working closely with the rest of the management team to help drive the company’s strategy and growth.   He is a results-driven entrepreneurial executive, with more than 24 years of experience in helping to manage emerging growth companies across multiple industries.  He is Managing Partner of MOST Ventures, LLC, a private firm that invests a combination of its own capital, outside capital, and its direct operational involvement in a small portfolio of emerging businesses. He is also CFO and a Director at IDS International, a fast-growing government services firm that works across the globe, including conflict zones, supporting a wide variety of agencies and clients, delivering quality, multidisciplinary solutions to the world’s most complex problems.  He is Co-founder and a Director of Babel Health, a venture-backed healthcare data management software company.  He serves as a Director of Bravely, a boutique creative consultancy, and Managing Partner of High Heat Real Estate.

Oron previously founded and was CEO of Net.Capitol, Inc., a leading developer of Internet-based products and services for public affairs and political organizations. He managed the successful growth and eventual sale of Net.Capitol to Netivation. Following this transaction, Strauss served as president and CEO of Netivation’s political division, Votenet. 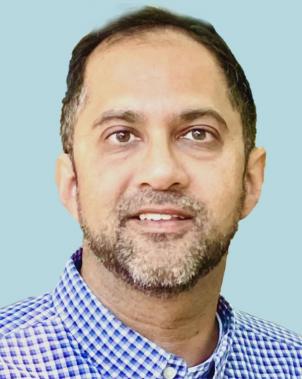 Akram Khan has 20 years of professional experience working as a technology executive and manager. His work as a technologist includes broad experience in multiple industries, spanning financial services, e-commerce, defense/cyber, health care, education, and more. He has experience with promoting the adoption of new systems and technologies through thoughtful user experience and industry specific outreach. His teams at Pantheon have implemented innovative systems on top of cloud infrastructure, on mobile platforms, using open source and proprietary tools, and on traditional desktops. He has been involved in the commercialization of multiple start up applications. Akram is currently the President of Pantheon and holds an MS in the Management of Information Technology from the University of Virginia and a BA in Government from the College of William and Mary. 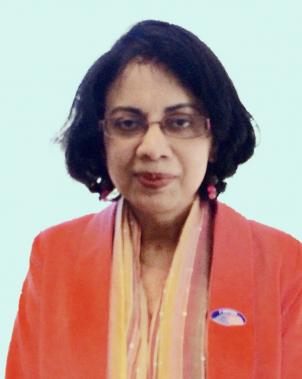 Jayshree Siddhanti is a certified Project Management Professional (PMP) with a Master's degree in Computer Science and twenty years' experience in Website and application design and development. She has experience with all phases of the Systems Development Life Cycle, right from requirements gathering to implementation and ongoing maintenance. Since joining Pantheon, Jayshree has been leading the re-design effort for the AHRQ QI's WinQI application. She analyzed the existing application and reviewed existing documentation. She interviewed users of the application as well as other stakeholders. Working collaboratively with the team, Jayshree put together a set of proposals for the re-design. She also documented the user requirements and is currently documenting the detailed functional specifications. She has been working with the Information Architects on the team to create wireframes and visual prototypes. In her past work experience, Jayshree has led efforts to implement Websites and web-based applications for multiple Government agencies, including HHS (CDC and ACF), HUD, VA, and DOEd. Example projects are the re-design of HUD's Homelessness Resource Exchange (now known as HUD Exchange) and CDC's online Technical Assistance portal for Community Transformation Grants grantees. On these efforts, Jayshree facilitated focus groups with users, clients, and other stakeholders to elicit requirements for the re-design. She put together requirements documents. She conducted demonstrations of the wireframes and prototypes to the client and other stakeholders. She also oversaw development, testing, multi-phased implementation, and related migration activities. Once the website was live, she conducted Webinars for users. She also coordinated ongoing support and maintenance activities. Jayshree has experience in Agile and Waterfall methodologies. 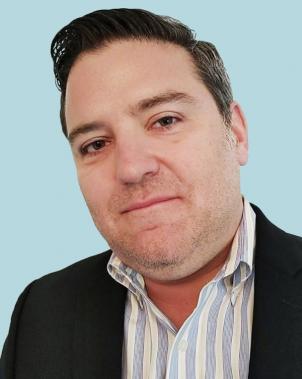 Chris DeSantis has more than 20 years of experience working as a full stack software engineer, principal engineer, and consultant in a variety of industries, including media, defense, database, education, telecommunications, and health care.

As a full stack engineer, Chris has considerable expertise in the Microsoft stack, following the entire evolution of .NET and .NET Core. He has built web user interfaces using a variety of technologies to include HTML/CSS, JavaScript, Typescript, jQuery, AngularJS, Angular 4, .NET MVC, Blazor and other frameworks such as the MEAN stack. On the service side, Chris has worked with .NET Remoting, XML Web Services, WCF and RESTful API design.  He has also built microservices on the AWS platform. Finally, Chris has considerable experience with database technology, from conception to development and deployment of large corporate databases, including Oracle, SQL Server, PostgreSQL, and MySQL.

Chris has a Bachelor of Science degree in Mechanical Engineering from Virginia Tech.

Hossam Ahmed is an experienced software developer and solution architect with more than 10+ years of hands on experience in developing, designing and deploying mission critical products and solutions. Hossam is a team player and self-starter with extensive leadership & management skills that maximizes the productivity and profitability of any organization through developing effective solutions. Hossam is Pantheon's lead developer on the Quality Indicators project, where he was responsible for the architecture and service APIs for WinQI. Deep experience in product development design and development using different platforms and technologies such as: Amazon Web Services, SAS, R, CMS solutions, including, Drupal, .NET, Java, PHP, Python and C++. Prior to Pantheon, Hossam worked at the Santeon Group as a Senior Architect, where he led complex collaboration solutions based on service-oriented architecture and provided strategies for development, design, test automation, continuous integration, and deployment to streamline development process.

Hossam has a Bachelor of Computer Science from Cairo University. 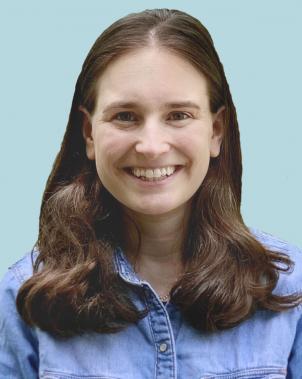 Rhoni Rakos is a customer experience designer with over ten years experience creating products using advanced user-centered design strategies that drive value for the end user. As Director of User Experience at Pantheon, she coaches our team to understand the user, work collaboratively with team members and product owners, and design innovative solutions. She believes in a data-driven approach to design, focusing on collecting quantitative and qualitative user research and adapting proven research methodologies from other fields. She has led the design of web applications with complex workflows, mobile applications, CMS based websites, and service design projects. She has extensive experience working with non profits, associations, government, and commercial clients. 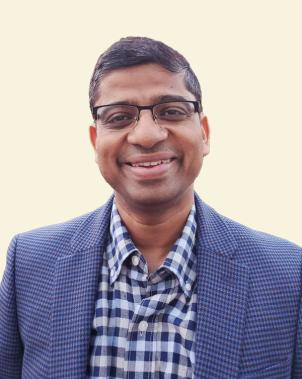 Rajesh Jeevagan has over 20 years of experience working as a solution architect and technology executive. Rajesh has managed and executed the implementation of large-scale enterprise solutions, including migrations to public cloud and transformations to hybrid cloud. His experience spans multiple domains such as health care, education, e-commerce, content management, document management, CRM. Rajesh can see and articulate the “big picture” while being able to manage at a granular level of detail. Rajesh has led multiple engineering teams by enabling and empowering his team to achieve their full potential leveraging his technical and operational skills.

As Director of Operations at Pantheon, Rajesh is responsible for Pantheon’s operational strategy and processes. This includes establishing the security policy, standards, and procedure and ensuring compliance with standards such as FISMA, NIST 80053, ISO 27001, and PCI.